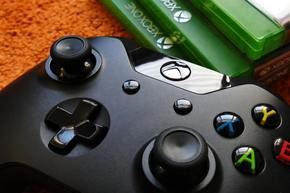 The NFL provides loads of entertainment, both in watching the game and placing a wager on your favourite team to win the match through sports betting. Unfortunately, there are days where fans and bettors go without a match, and the best alternative is by grabbing a controller and enjoying an NFL matchup in the form of a video game.

American football video games not only provide year-round entertainment for football enthusiasts who can't wait for the next season but also offers an excellent way for non-interested parties to be introduced to football. It can also serve as an educational tool for future fans to learn the various strategies in the game. With that in mind, we look at the best best sports video games ever created.

We start the list with Troy Aikman Football. Although it wasn't the most eye-catching American football video game and came with some weird music, it was the playability on the field that truly made this American football game stand out. It was the first football video game that allowed defensive backs and receivers to catch deflections. It also allowed players to create their unique plays which could be added to exhibition or season mode and paid salaries to players during season mode.

NFL GameDay 98 was available on PlayStation. This was a major game in its heyday as it transformed the landscape for football video games. It was the first to feature full 3D polygonal professional athletes, it comes with training camps and deep franchise modes, and players went on a field that you would expect to see in real life. It was an exceptional American football game for its time and some of the tackling done today can still be tracked back to GameDay. 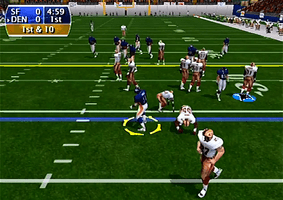 The original NFL 2K was introduced on the Sega Dreamcast. The game took everything fans loved about American football video games and made it 10 times better. From crisp and smooth gameplay to the sensational TV broadcast presentation, even the graphics were the best aside from the minor clipping. Although the game didn't feature a franchise mode, players could still enjoy season mode as well as fantasy draft mode. The fantasy draft mode was also the first of its kind to be introduced in football video games.

Although it wasn't considered the best by any means, and certainly won't be remembered for its ground-breaking innovation, it makes the list as it offered players new modes that other football video games didn't. NFL QB Club 96 focused more on the quarterback by introducing a skills competition mode, giving players control over a quarterback of their choosing and allowing them to compete against other quarterbacks in the league through obstacles, mobility, overall distance, and accuracy. In addition, the game could be saved, and players could also be traded. It also featured pre-game shows, season mode, no huddle offence, and different camera angles. The only downside to the game was the unbeatable AI.

NFL Blitz was the perfect football game that could simply be picked up and played, whether you're a casual observer or a diehard fan. NFL Blitz took sim football and replaced it with an arcade beat 'em up genre infused with sports. The game had no rules and featured late tackles, shoulder dives, 30-yard first downs, helicopter spins, and even spears. It was essentially an extremely fun American football video game that players immediately fell in love with.

Madden 06 was introduced on both Xbox and PlayStation 2. The American football video game is renowned for its superstar mode that allowed players to take full control of a player and experience the life of a professional NFL star. Players could choose their parents, giving them an assortment of skills on what they'll be great at in the NFL. You could also important players from NCAA 06 or NFL Street 2 or create a brand-new player from scratch. You could also personalize your look, the roles you took, your haircut, agents to sign up with, and endorsement deals.

It's hard to find anything wrong with ESPN NFL 2k5. It's been more than a decade since the game was released and it can still be compared to the football video games of 2017. Visual Concepts created something truly unique, especially in terms of visuals and gameplay functionality. The pre-game, half-game, and post-game shows were amazing, and the franchise mode was extremely deep. You could even watch weekly roundups with Chris Berman as the host to check up on highlights, stats, and scores. Everything about NFL 2K5 was perfect except for the first-person football mode, but it was still a nice innovation that was never tried before. These days you can even bet on sports video games such as Madden NFL.

Madden 18 is the latest American football video game and provides phenomenal graphics, state-of-the-art animation quality, and realistic sound effects thanks to the company's swift to the Frostbite Engine, but that's only the start of this incredible game. Players can look forward to three different game styles, including arcade, simulation, and competitive as well as four different experience levels, such as beginner, intermediate, advance, and expert.

This ground-breaking release even features a unique story mode which follows the ups and downs of a player trying to break into the NFL. The American football video game also boasts coaching adjustments in the game for added strategy and various offensive and defensive adjustments during play. The overall blocking and tackling have been improved from earlier releases and the player reactions you feel with a controller is mind-blowingly accurate. Overall, it's the best American football video game currently available on the market and well worth checking out.